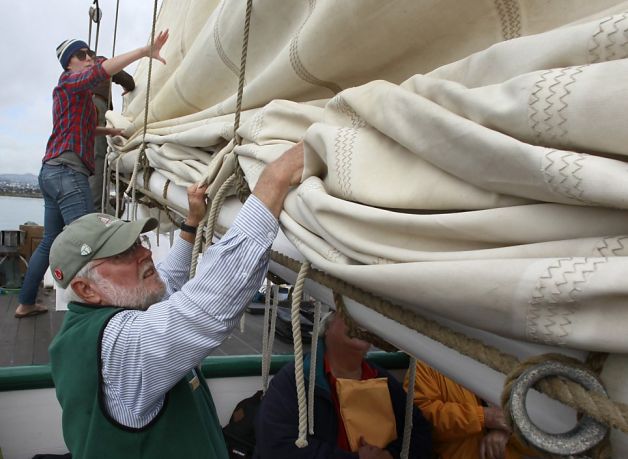 The 121-year-old scow schooner Alma made a sentimental journey last week to the place of its birth – a forlorn old shipyard in India Basin, one of the backwaters of San Francisco Bay.

It was also a voyage of exploration for the 40 or so naturalists, scientists, cartographers, community organizers and historians who went along. Most of them had never been to India Basin on the far southern waterfront in San Francisco.

“No one knows where it is or what it is,” said Michael Hamman, president of the India Basin Neighborhood Association. “No one knows we exist.”

read the full article at SFGate.com