Are you a visitor looking for a natural adventure? California has it all: within it’s nearly 160,000 square miles are 9 national parks, 20 national forests ( including 55 protected wilderness areas), 30 national wildlife refuges, 4 national marine sanctuaries, over 200 state parks and beaches and the very accessible Point Reyes National Seashore. The Sierra Nevada, rising to almost 15,000 feet is the highest mountain range in the contiguous United States, while the lowest point on the North American continent at 282 feet below sea level, is less than 150 miles away in Death Valley. California grows the largest trees on the planet (Giant Sequoia), the tallest trees on the planet (Redwood) and the oldest trees on the planet (Bristlecone Pine at 4700 years). This area is a natural phenomenon wonderland. It holds the highest species diversity in all of North America. Of 5000 native plants, more than one third are endemic. Roughly one-half of the insect species and many birds and mammal species only occur here. There are three separate desert regions, volcanoes, active geothermal fields, mountain glaciers, 1200 miles of coastline plus an additional 300 miles of shoreline on the Farallon and Channel Island groups.

After many years of touring we realize each day in the field brings unique experiences. While bird life and photography are our passions, we are always on the lookout for whatever nature may offer us. On past trips in the Golden State we have been able to observe a wide variety of animals including: California sea lions, Harbor Seals, dolphins, California Gray Whales, Humpback Whales, Elephant Seals, Sea Otters, River Otters, Coyotes, Foxes, Black Bears, Bobcats, many species of deer, and even Mountain Lion.

Winter Habitat and seasonality bring constant change to the diversity and abundance of species in the area. Winter has the greatest variety of birds as many fall migrants stay on to enjoy the moist, relatively warm winter and join the resident birds like the California Quail. Millions of ducks, geese and grebes descend from the north through the Pacific Flyway to over-winter in the Klamath and Mono Basins, Central Valley and San Francisco Bay estuaries. This is also the peak time to observe marine mammals as they re-establish historic rookeries along the Pacific coast. Depending on when the first heavy rains begin, Steelhead Trout, Chinook and Coho Salmon begin their epic trip to spawning grounds. These fish can occasionally be seen in the coastal streams and rivers throughout Northern and Central California during this time of year.

Birds migrating from more southerly latitudes begin showing up as early as mid January and extend through June. During this period shorebirds, now in bright breeding plumages, fatten up in preparation for the long flight to their northern breeding grounds..Many of them remain in California through March or April before heading out. The forests reach the peak of activity in May and June with breeding displays and nest building activities of songbirds. Wildflower blooms peak in the valleys, coast side and desert about March/April, on into May and June in the foothills and higher elevations. In the coastal mountains black bears begin stirring out of their long winter nap around February/March hungry and foraging for food. Northbound California Gray Whales can occasionally be seen making their way back to the Bering Sea and Gulf of Alaska from Baja but are typically a little further off shore on this leg of their migration. Marine mammal colonies are still very active with the adults in the early stages of parenthood at this time.

Hyperactive Hummingbirds zip and dazzling butterflies flutter from bloom to bloom in search of nectar while Ospreys make spectacular dives for unsuspecting fish. Swallows amass by the hundreds and sometimes thousands scooping up flying insects on and above lakes, ponds and meadows. Residents bird such as the Wrentit, Towhees, Vireos and Brown Creepers, along with a large variety of Woodpeckers are busy raising their fledglings in the coniferous and broad leaf forests. Southern seabirds such as Brown and American White Pelicans fly up from the south perhaps to enjoy the cooler weather or better fishing and mingle with gulls, Cormorants, Avocets, Stilts & Herons. The coastal areas cooled by marine influence provide a respite from the summer heat while the Sierra and Coastal mountain ranges offer spring like conditions in the higher altitudes.

The first signals of the fall migration actually happen in late summer as shorebirds begin trickling in to the coastline and estuaries in late July. This is the most exciting time of year for us as nearly 20 species of migrating raptors are funneled along the coast through the Marin Headlands using the thermals to gain elevation before crossing the open waters of the Golden Gate. During the peak of the hawk migration in late September sometimes hundreds of raptors can be witnessed in a single outing. At this same time of year the shrubs and trees become alive with migrant songbirds either in route to more southerly latitudes or setting up shop for the winter. Early fall rains can bring many unusual birds that will take shelter in woodland areas along the coasts and bays. This is also the best time of year for observing the rutting behavior of deer and elk. The California Gray Whales can be seen on their southbound migration starting in November while the Monarch Butterflies start showing up on land. Fall colors begin in September, peak in early October in the mountain areas, late October to early November at lower elevations.

Habitat and seasonality bring constant change to the diversity and abundance of species in the area. Winter has the greatest variety of birds as many fall migrants stay on to enjoy the moist, relatively warm winter and join the resident birds like the California Quail. Millions of ducks, geese and grebes descend from the north through the Pacific Flyway to over-winter in the Klamath and Mono Basins, Central Valley and San Francisco Bay estuaries. This is also the peak time to observe marine mammals as they re-establish historic rookeries along the Pacific coast. Depending on when the first heavy rains begin, Steelhead Trout, Chinook and Coho Salmon begin their epic trip to spawning grounds. These fish can occasionally be seen in the coastal streams and rivers throughout Northern and Central California during this time of year. 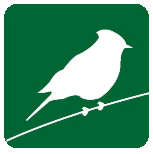 “Principles of Birding Ethics” from the American Birding Association

Everyone who enjoys birds and birding must always respect wildlife, its environment, and the rights of others. In any conflict of interest between birds and birders, the welfare of the birds and their environment comes first.

Promote the welfare of birds and their environment

Respect the law, and the rights of others

Ensure that feeders, nest structures, and other artificial bird environments are safe

Each individual in the group, in addition to the obligations spelled out in Items #1 and #2, has responsibilities as a Group Member.

Please follow this code, distribute and teach it to others.

Conservancy is Fun! Participation in the monitoring of species and the protection/restoration of habitat is critical to the well-being of the wild things we love. And besides, we’ve found out just how fun and rewarding it can really be. Over the years we have met many fascinating people participating on conservation projects. The groups we like the best are the ones that focus on getting volunteers to perform citizen science and actual hands-on activities like restorations and monitoring.

Here are five fun and (usually) easy things you can do:

Golden Gate Audubon is dedicated to protecting Bay Area birds, other wildlife and their natural habitats. Golden Gate Audubon Society works to conserve and restore wildlife habitat, connect people of all ages and backgrounds with the natural world, and educate and engage Bay Area residents in the protection of our shared, local environment.

The mission of the Golden Gate Raptor Observatory is to study migrating birds of prey along the Pacific coast and to promote public awareness of the state of raptor populations. The GGRO is dedicated to the conservation of raptors and to community involvement in wildlife research. Their studies of the movements of hawks through the Golden Gate National Recreation Area demonstrate that biological boundaries extend far beyond political boundaries. The GGRO is a project of the Golden Gate National Park’s Association and the National Park Service, and is made up of 250+ community volunteers and a small staff.

The mission of The Hungry Owl Project is to reduce the need for harmful pesticides & rodenticides by encouraging natural predators, through conservation of habitat, erecting nest boxes when appropriate, through research & education, and by providing a resource of help and information on alternative methods of sustainable pest management.