Our Trips
Book a Trip
Mega Trips
About Us

Nature Trip has been taking people out to experience the wild side of California and beyond since early 2004. During that time we’ve led hundreds of day tours and field trips, taught dozens of classes, presented presentations and performed thousands of hours of wildlife research and education – and it has all been great fun!

Hope you can join us for more of that in our near future! 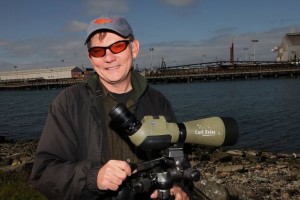 Eddie is a visiting researcher and instructor for the “Master Birding Program” at the California Academy of Sciences (since 2013) and Golden Gate Audubon Society (since 2004). He has also taught natural history and ornithology classes for more than 15 years at numerous organizations such as Point Reyes Field Seminars and at the University of San Francisco.  Eddie is also the President of the Farallones Island Foundation and the Vice-president of the Yerba Buena Chapter of the California Native Plant Society. He was the principal photographer and co-author of “A Field Guide to 100 Birds of Heron’s Head: Islais Creek to Candlestick Point, San Francisco“, available from the San Francisco Public Library, and as a downloadable PDF document. 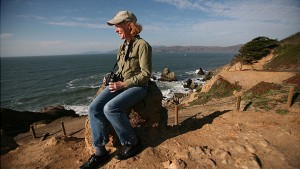 Noreen has been a field guide and wildlife magnet with Nature Trip since its inception in 2004.  An active volunteer researcher with the Golden Gate Raptor Observatory and conservation project manager with Golden Gate Audubon where Noreen formerly served as San Francisco Conservation Committee chairperson on their board. She was a major contributor to the Standards for Bird Safe Buildings in San Francisco and also contributed to Audubon California’s Important Bird Areas in 2007. She has presented information on citizen science and volunteer engagement at numerous conservation and educational organization including UC Davis. Noreen is also co-author of “A Field Guide to 100 Birds of Heron’s Head: Islais Creek to Candlestick Point, San Francisco“. She has traveled extensively to study wildlife throughout the Americas, Australia, South Pacific Islands and in recent years East and South East Asia and was featured in the

Bay Area Report and in

John James Audubon spent his most formative years as an artist in Kentucky which, in… [more]