Crested Serpent Eagles (Spilornis cheela) are the most conspicuous of raptors seen on the island. Throughout the mountains from low to high we often heard and regularly saw this mostly dark broad-winged eagle catching a thermal or deeply flapping. Today we had time for a visit to the Xindian–Guanhsin Wetland area, one of the primary drinking water basins for greater Taipei. In route we noticed a large kettle of raptors, Richard quickly pulled to the side of the road and we were able to identify at least four different species in the high flying, mixed group including several Crested Serpent Eagles, a single Black Eagle and several much smaller Grey-faced Buzzards. Cloud direction indicated good northerly winds and spring raptor migration was evidently underway.  An Osprey fished over the reservoir as numerous Black-eared Kites, another relatively large raptor, hunted the margins.

Once we reached the wetlands there were many non-raptor distractions as well including our only looks of the trip at Lesser Coucal (Centropus bengalensis) which quickly buried itself in the reeds. At a perch and then flying we observed the uncommonly beautiful Common Kingfisher (Alcedo atthis) albeit at a distance.

Both the Taiwan and Common Magpie (Pica pica) were in an adjacent community park. A well named Plain Prinia (Prinia inornata) perched long enough for a single portrait in some reeds (see below). 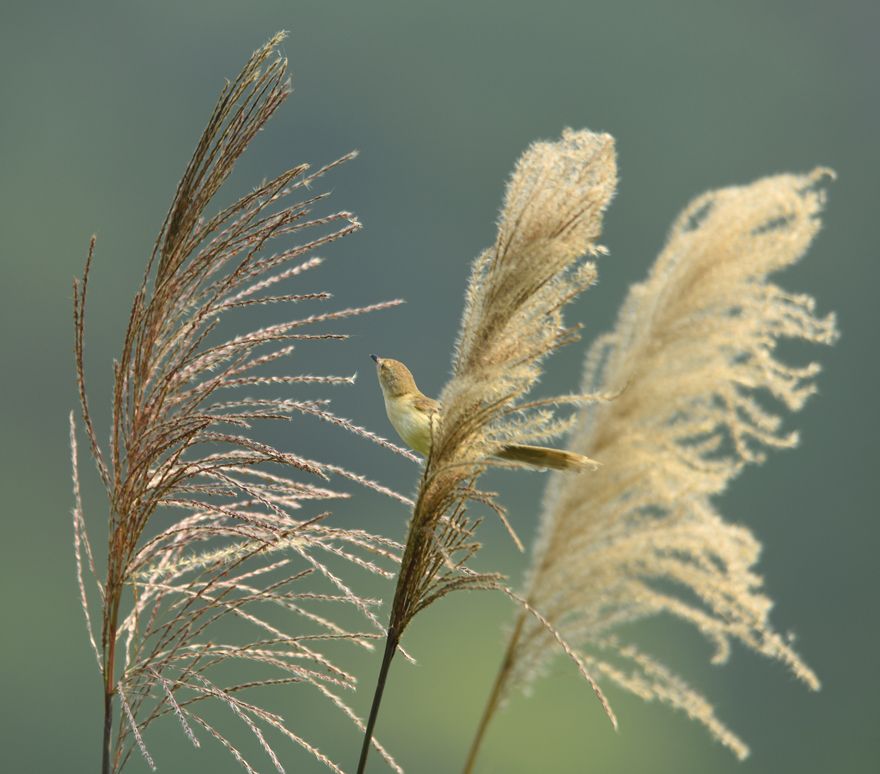